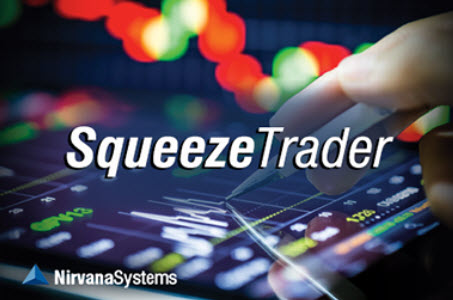 SqueezeTrader represents a major advancement in profitable trading. By identifying not only the perfect setup, but also detecting the point at which the market has decided which direction it will trade.

The Power of the Squeeze

The profit magic of SqueezeTrader is based on finding one of the most profitable setups in any market. When bulls and bears lock up on a security, price goes into a “squeeze”. Energy becomes pent up in the battle of conflicting sentiment.

Eventually, one side will win. This leads to an explosive move and BIG profits! Now, Nirvana customers can take advantage of one of the best trading setups ever with SqueezeTrader.